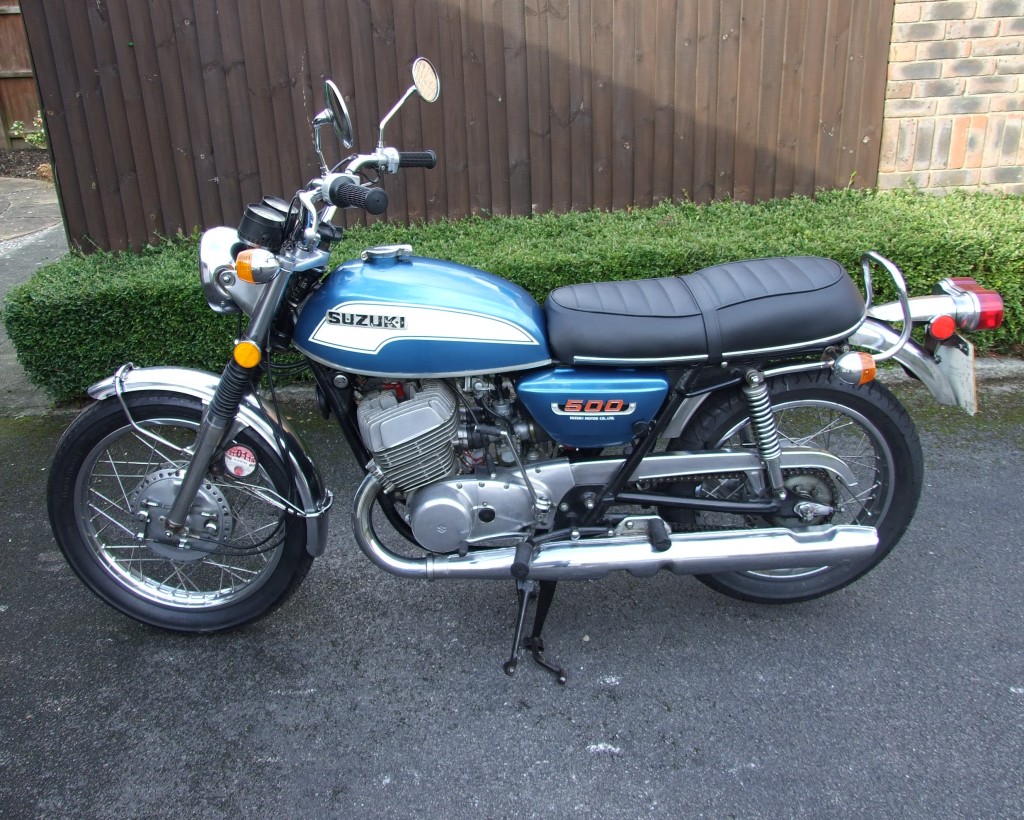 This is the fun bike. Had a Suzuki T250 Hustler when I was a reckless teenager and somehow managed to survive the silly years with just a few scrapes and bruises to both me and the bike. When I saw this in a local bike shop I had to have it.

The shiny new badge and decals came from John Kenworthy at Sunrise Graphics. The bike had no badge on this side and unsurprisingly the decals were peeling badly.

On the other side… 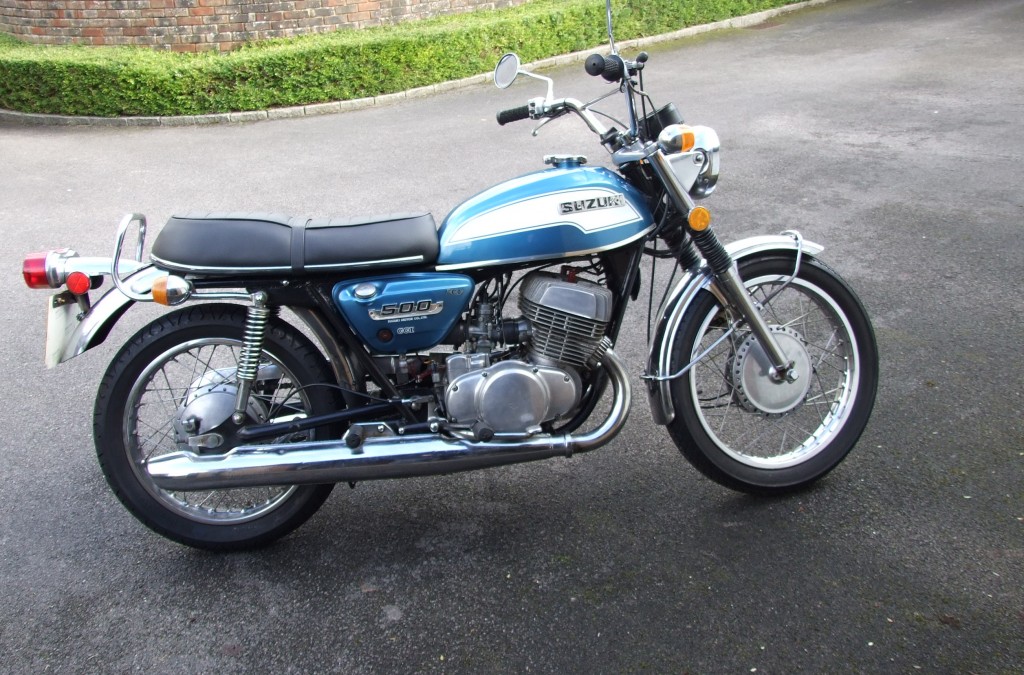 More new decals from Sunrise Graphics and the old badge. Probably the original badges were lost in some fashion as on this side is a badge from a later ‘M’ model bike. Hopefully another badge of the correct style will arrive soon so both sides will match. 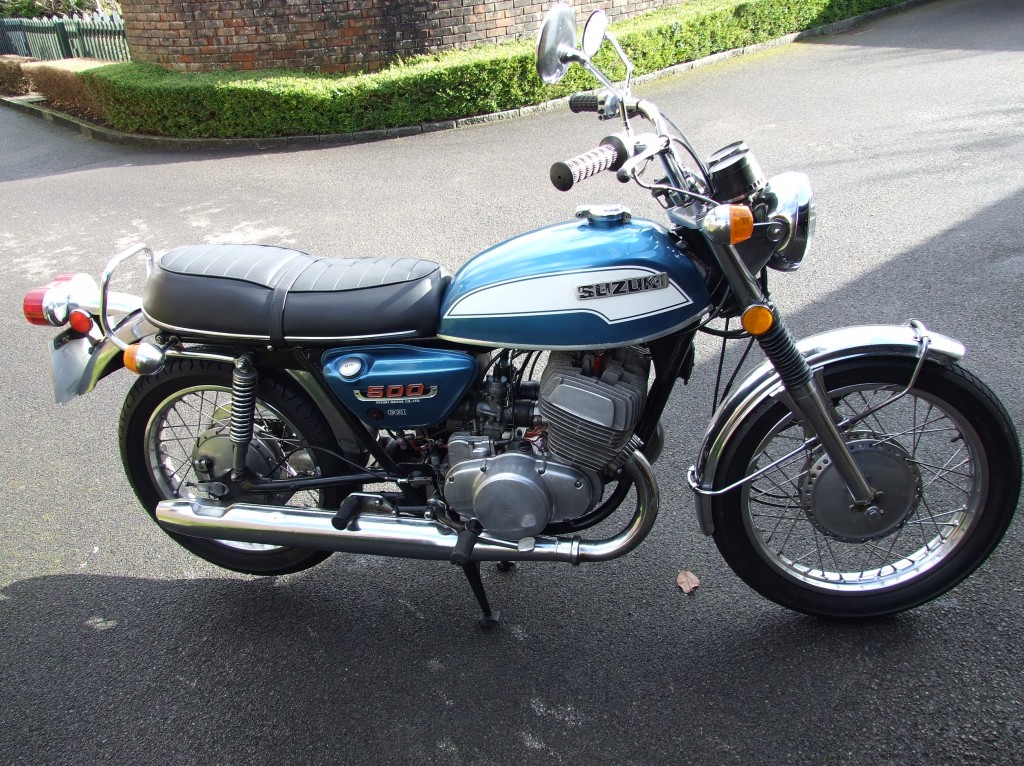 And here it is with a new badge fitted. On this side there are just a couple of screws to hold it in place – on the other side there are nuts on the inside of the panel. The word from the wise was to supplement the screws as vibration can cause the screws to slacken and then the badge makes a bid for freedom. The local motor shop had some double-sided sticky strips used for fixing number plates to cars. These have got a foam layer between the sticky sides and seemed a safer bet than the alternative thin tapes that apparently stick like the proverbial to a blanket and might take the paint off if I ever need to remove the badge again.

The stock silencers aren’t in bad nick but one of them had, for no obvious reason, a couple of self-tapping screws stuck into the underside and a small hole where another had been and gone. That plus the light rusting and spotty chrome convinced me that now might be a good time to have them off and sent away for repair and re-chroming. In the interim I fitted these expansion chambers from Titan Performance. They’re are somewhat more anti-social but not horrendously so. I’ve re-jetted the carbs with main jets +2 and the pilot jets +1. Here’s what it looks like. 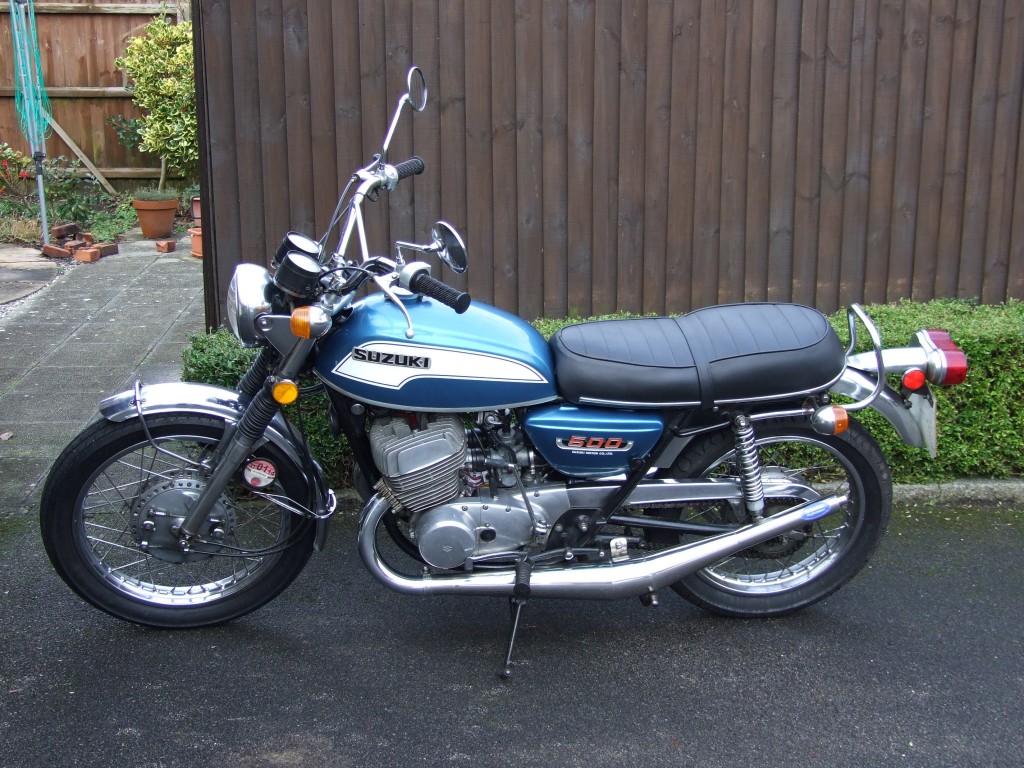